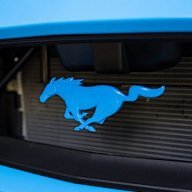 Update - so it seems the 5/18 date is the start of pilot production of the Bronco Sport, not mass production. Here's the Detroit Free Press article below which leaked the production schedule.

Ford Motor Co., in a memo to its manufacturing team and suppliers this week, provided a snapshot of summer shut down activity for 9 production sites in North America.

As Ford and other automakers reopen factories shuttered since late March because of the coronavirus, suppliers need to know which parts are needed and when. The annual summer shut down list is updated every week by Ford.

The company is re-opening its production facilities starting Monday after being closed since late March.

Hau Thai-Tang, Ford's chief product development and purchasing officer, acknowledged disruption caused by the pandemic and said Friday during a Bank of America presentation that building and launching its new vehicles is a top priority.

He said Ford is adjusting its production schedule to deal with lost manufacturing time.

Ford distributes its production planning schedule, which includes summer down weeks, up to five months in advance.

As of this week, Ford notified its suppliers of the following shutdown periods, according to a source who received the list directly from Ford but declined to be named because he is not authorized to speak to the media:
The memo said the Ford plant in Hermosillo Sonora, Mexico, is scheduled to begin production on the Bronco Sport on Monday and continue building through July 20, and then break for seven weeks. Production is scheduled to resume on the Bronco Sport on Sept. 28.

Kelli Felker, global manufacturing and labor communications manager, declined to discuss the preliminary list other than to say it has not been finalized.

Brian Rothenberg, UAW spokesman, said the contract requires the company to submit the list for review and planning by June 1.

"We are no different than other hard working Americans. The auto industry involves thousands of people for production. Autoworkers are on a line as team," he said. "One of the reasons for the June 1 date in the contract is to allow for UAW members to be able to plan with their families."

So it seems that the 5/18 date was the start of pilot production at the Hermosillo plant.

I'm impressed they even managed to start pilot production in this environment. Good to hear it's moving forward!

The article below says that the May 15th production was only for 100 vehicles made for different purposes...crash testing, MPG testing and QC validation.

A few weeks ago, we learned that 2021 Bronco Sport went into production at the Ford Hermosillo plant in Mexico, courtesy of a leaked summer shutdown schedule. This news came as a bit of a surprise, because the “baby” Bronco was originally slated to begin production on July 13th, a date that was then pushed back to September 7th due to the COVID-19 shutdown. The summer shutdown schedule document stated that Bronco Sport production began on Monday, May 15th and will continue through July 20th before taking a seven week-long break, with production resuming on September 28th.

Confusing, right? Right. We’ve dug around and have the inside line on what’s actually taking place.

Sources familiar with the product tell Ford Authority that the 2021 Bronco Sport did indeed begin production at Hermosillo in May, but that the vehicles produced so far are not regular production models.

Around 100 units have been produced thus far, and each of them were loaded up on a train in a “maximum security” environment and shipped to several locations. Around a third of those vehicles are headed for crash testing, another third is slated for fuel economy and emissions testing, and the final third are headed to Ford for final-stage quality control and validation.

Full-scale Bronco Sport production at Ford Hermosillo plant will start in early September, following the end of production of the Ford Fusion and Lincoln MKZ at the facility, plus several week of planned downtime. If all goes according to plan, the Bronco Sport will begin arriving at dealerships in late September or early October.

Five trim levels will be available at launch, including base, Big Bend, Outer Banks, First Edition and the off-road variant, the Bronco Sport Badlands, which Ford Authority exclusively reported on just days ago. Roughly 18 months later, a pickup variant will arrive that may be called the Ford Maverick, though that name is subject to change.

The 2021 Bronco Sport will be available with two turbo-charged gasoline engines: the base Ford 1.5L EcoBoost I-3 or the optional Ford 2.0 EcoBoost I-4. Both are expected to be mated to the new Ford 8-speed automatic transmission.

The Bronco Sport will ride on the Ford C2 platform shared with the 2020 Ford Escape, and will even use the same independent four-wheel suspension. However, the baby Bronco will deliver a more rugged package, with a completely different exterior, interior, and product positioning factors. We also know that it will feature at least three different grille designs, and we’ve already shared a detailed, in-depth virtual tour of the interior.