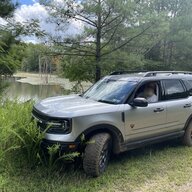 Wyo said:
I liked everything about my Falken Wildpeak AT3W's except there ability to hold up off-road. After several flats that weren't fixable, I switched to Maxxis Raxr AT's. So far so good. Tire looks great. Not much road noise and holding great off-road so far. https://www.maxxis.com/us/tire/razr-at/
Click to expand...

Of course any tire is subject to getting a flat under the right/Wrong circumstances. But I’m guessing your AT3W’s were the light weight, oem SL Load rated 235/65/17’s and not the XL load rated 245/65/17’s? 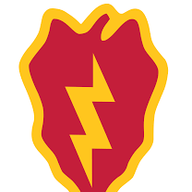 Thats great, but an Explorer ST? Why? They should have used a vehicle that ha at least a decent off road capability. I guess they were just testing for use as a daily driver.
Last edited: Sep 4, 2022

Bluebaru said:
Of course any tire is subject to getting a flat under the right/Wrong circumstances. But I’m guessing your AT3W’s were the light weight, oem SL Load rated 235/65/17’s and not the XL load rated 245/65/17’s?
Click to expand...

Yes stock tires but as far as I know they don't have the stock size XLs in 235s and I did not want to alter the stock vehicle with 245s. I've found very few tires that hold up to where I travel so we'll see on the Maxxis but at least I have the stock size and they're a lot better than the stock Falkens (so far). These were not rough roads where these flats occurred so confidence is not there any more. If they would have occurred in my normal remote, rougher areas then I can understand but these were gravel/easy forest roads. 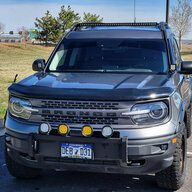 Bluebaru said:
TR doesn't do off road testing, they do however do great on road testing as well as "Their Track" testing. They put together a team of employees to do these tests. I can't remember how many people that is but more than a handful and maybe as many as a dozen different drivers, for both the objective and subjective testing. Some of those drivers are or were nationally competitive drivers, in SCCA competition.
Trail riding is why I got my Mickeys. Having experience with the (4 ply rated) SL Load rated Cooper AT3 4S is one of the reasons I went with the (6 ply rated) XL Load rated Mickeys. I got them for their toughness (and Mickeys off road Reputation) and my perceived notions of how they would do in mud. Check out their serious side bitters and 16/32 of tread depth! They will throw mud and not just fill up with it. Would Coopers XL load rated tires be tougher than their SL's, probably but I can't ever see them being as good as the Mickeys, especially in the mud. The Coopers are good in the snow though and are quieter.

Is someone wants tougher than the Mickeys, they should be looking at LT load rated tires with 3 ply sidewalls, like some but not all KO-2's (not great in the mud) or Mud Terrain tires, 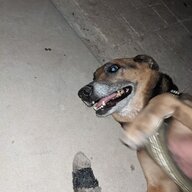 Bluebaru said:
The Tire Rack has once again tested A/T tires. And, as much as I like my Mickey Thompson Baja Boss AT's, off road, when tested against the Falken Wildpeak AT3w's and the Toyo Open country AT3's, the Mickeys got their butt kicked in TR's on road and track tests, with the Falken's being pretty much the clear winner. Winter testing will follow this winter but I don't expect the Mickeys to do any better then but we will see. So far I have found them to be great in mud and much tougher than the Cooper AT34S, though time will tell on this too. https://www.tirerack.com/tires/tests/testDisplay.jsp?ttid=293
As an update, I'll add that several other AT tires were tested in July as well, including the Cooper Discoverer AT3 4S, The Firestone Destination A/T2 https://www.tirerack.com/tires/tests/testDisplay.jsp?ttid=292/T2 and the Vredestein Pinza AT. https://www.tirerack.com/tires/tests/testDisplay.jsp?ttid=290
Click to expand...