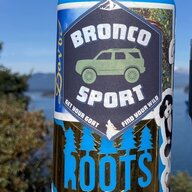 Just was reading a bit about the Ford Ranger / Tremor off-road package: https://media.ford.com/content/fordmedia/fna/us/en/news/2020/09/14/ford-ranger-tremor.html and so on. Has anyone considered this as an alternative to the BS? Seems to address some of the towing and payload issues people have discussed. 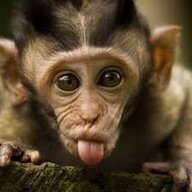 Wouldn't this be an alternative to the Bronco and not the Bronco Sport?

Kind of a Base Bronco 4-Door with a truck bed... Gladiator competitor?

If you get a ranger xlt tremor, it will probably come in around 40k, so just slightly more than a loaded badlands sport. I think it looks pretty cool (minus the graphics), especially those auxiliary switches. If this was released when the ranger first came out, I probably would have bought it instead of my explorer, but with the next gen ranger, bronco, and bronco sport right around the corner, I’ll pass on this for now. Next gen ranger tremor will be really tempting though. 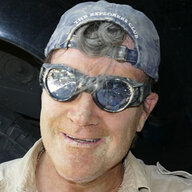 I'm actually still looking at the Ranger line as an alternative to the Sport. Although I have a Badlands reservation, I still want to test drive one before I commit. The BS size kind of scares me, given the comparisons to other SUV's -- but seeing it in person will help, along with the ability to lift it a little. I'm also waiting to commit until after the election, as I might go to a hybrid, or at least wait for a hybrid SUV as several are in the works. The Ranger is a great truck and if they released a Ranger Raptor, that would be a contender! I drive a lot of miles per year for business, so these things do matter.
Last edited: Yesterday at 7:28 PM
You must log in or register to reply here.
Share:
Facebook Twitter Reddit Email Link