Osco said:
Did you know Saab was very VERY good at badassery back in the Cold War when they built one super hot rod of a European fighter/Interceptor ?
Saab JAS 39 Gripen
Click to expand...

Osco said:
Did you know Saab was very VERY good at badassery back in the Cold War when they built one super hot rod of a European fighter/Interceptor ?
Saab JAS 39 Gripen
Click to expand...

Sadly, SAAB the automobile company, and SAAB Aviation had little to do with each-other, particularly in the era when they were doing the jet-in-background "born from jets" commercials, regardless of how cool the ads were.

I too miss the pre-GM Saab automobiles. 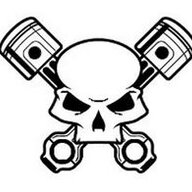 $900 vs $100 cash to have my local shop cut out my muffler.
goodbye twin tips. hello single side exit

only want to hear the engine a lil more, driving a nearly silent vehicle is not for me.

I know what I am doing, I know if I take the resonator out Ill get far too ricey with alot of pop and farting back fires. Have owned a lot of cars I have straight piped, everything from a 300-6, 5.7Hemi down to a 1.8T straight off the turbo out the front fender. Old enough now I dont need to be crazy loud... I leave that to my bikes now. 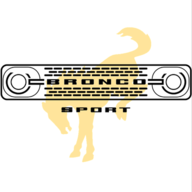 69cuda340s said:
Usually turbo engines benefit a lot with an exhaust with less back pressure. But who knows if stock system is a bottle neck or not. I wont be changing mine do not want more noise on the grocery getter.
Click to expand...

These engines are configures differently from older turbocharged engines. The turbocharger is mounted directly on the exhaust manifold, which is integral with the head. This minimizes the volume of exhaust system that must be pressurized to spin up the turbine, which minimizes turbo lag. Following the turbocharger is the downpipe, which in other EcoBoost engines incorporates the catalytic converter (I haven't looked at mine yet, but it stands to reason Ford would stick with a winning script). This keeps the cat close to the engine so it heats up faster. The faster the cat heats up the soon it starts doing its thing, and the better emission scores.

So, the major restriction in the exhaust system is the downpipe, and that means nothing you change behind it will have a significant impact on exhaust flow. The only way to increase exhaust flow with these engines is to change the downpipe ( and that brings a host of other issues that must be dealt with, but that's another post entirely).

Put an axle-back exhaust on your car if you like, but it's not going to change the amount of power you get from the engine. It will change the way the car sounds, and depending on what you replace the factory system with, it can save some weight, and that's it.
Advertisement
You must log in or register to reply here.
Share:
Facebook Twitter Reddit Email Link
Advertisement
Top