Now, the Bronco Sport's reveal isn't the only one to be delayed. According to a report by Automotive News, its production has been delayed as well because of the current pandemic.

The information passed on to Automotive News was from suppliers. The Bronco Sport was supposed to roll off the assembly lines in Ford's production plant in Hermosillo, Mexico on July 13. That plan has been scrapped as the first ones will move on September 7. As always, Ford has declined to comment about the information per Automotive News' effort.

Ford hasn't announced the Bronco Sport's official debut date, though, the initial plan of it getting revealed before the bigger Bronco is expected to push through. If the original plan pushes through, we can expect it on the New York Auto Show's new dates from August 28 to September 6 – if the situation improves by then.

As for the bigger Ford Bronco, the venerable off-roader is expected to make its return by the early parts of 2021. Given the situation right now, Ford has ample time to make that happen, although we won't be surprised if it will be moved to a later time as well.
Last edited by a moderator: Apr 11, 2020 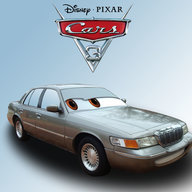 Soooo if the sport that’s made in not that hard hit Mexico is pushed 2 month. What does that mean for the FSB made in hard hit Detroit? 3-4 months meaning 1 year from now for production. Meaning June 2021 dealership delivery? Might as well be a 2022 MY

So.. large scale availability of the Sport probably in Jan/Feb of 2021 then? Sounds like I might need new tires for my current ride when I'm back to work then in the meantime...

Take it for what you will. They say a spokesperson for ford say “FSB, MachE and F150 will not see a delay”