Another Perimeter Plus Alarm Installation

With the increase in catalytic converter theft and the ease with which it can be accomplished on a Badlands (higher ground clearance; no need to jack), I thought it prudent to install the Perimeter Plus system offered by Ford. It includes a shock sensor that fires off with a significant impact such as might be imparted to the vehicle while forcibly removing a component. The instructions supplied by others on this site were helpful, mainly because Ford does not supply them with the kit. Below are a couple of photos I took during the install, and a few gotchas you can avoid by reading through this post.

I took others' advice and removed the panel above the OBDII port. This makes accessing the area of interest much easier. In the photo below you can see the OBDII connector just below and to the left of the red pull tab. You'll have to disconnect the plug going into the back of the OBDII connector, and it's a lot easier to do if you remove the two nuts securing it to the frame—bend down and look up; you'll see them.

CAUTION: Be careful when removing the outboard nut. Once removed, it can fall behind the panel with the hood release lever. Once you've connected the harness supplied with the kit between the OBDII connector and the plug you can reattach it to the frame using the two nuts. Be sure to observe the caution above regarding the outboard nut. You can clearly see in the photo below that dropping it will result in a major PITA. I recommend holding it in place with one hand and turning with the other. If you drop it behind the panel below don't blame me! Next, you'll want to secure the wiring. The object here is twofold: First, you want to make sure the wiring bundle doesn't rub or scrape against something else, especially something sharp. Rubbing and scraping will eventually remove the wire insulation resulting in a short. It will also likely make a noise you don't want to listen to. Second, you want to provide strain relief for the connector. In other words, you don't want to secure the wiring in such a fashion that there is constant tension between where you've tied the bundle and the connector, otherwise you will eventually pull the wires out of the connector. Luckily, there is a handy wiring bundle just behind the OBDII connector you can use as an attach point. In the photo below you can see the white zip tie I used to secure the wiring. This photo shows one of the supplied zip ties routed through a tab on the shock sensor and around the same wiring bundle I used to secure the kit harness. After that, it's just a matter of buttoning up and going through the configuration procedure, or vice versa if you prefer.

A couple of things to keep in mind: 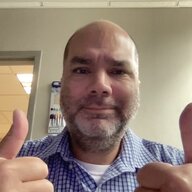 Did you have to adjust the sensitivity? If so, how did you go from where it came originally?
OP
OP

Did you have to adjust the sensitivity? If so, how did you go from where it came originally?
Click to expand...

Out of the box it was set to the highest sensitivity. The install manual says a light bump on the steering wheel should trigger a warning, which is a single honk and flash of the lights. With sensitivity to max, a good flick of a finger on the steering wheel set off the alarm. I turned it down to about mid point, which is where the manual says you should start. I wanted to see just how sensitive it is set to max. It's sensitive enough to get me yelled at again. Heh.

At mid point a light, open-handed thump on the roof above the driver's door gets a warning. A good closed-fist thump activates the alarm. That's where I'm leaving it set. 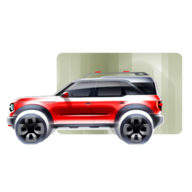 FYI, the sensitivity is impacted by how you mount the shock sensor and the sensor itself. I set mine to 90% sensitive and gave the steering wheel a good punch and it didn't go off. So I changed it to 100% sensitive and now it's good. Maybe that's because of how I mounted my shock sensor, idk. But your mileage may vary.
You must log in or register to reply here.
Share:
Facebook Twitter Reddit Email Link
Top