In response to the transport fee? I have a bigger issue ford stating $1000 rebate on cars purchased from 9/1 -9/31/2021. I called Ford Marketing and they said based on my zip code I was not eligible for the promotion. I gave them the zip code of Hilltop Ford in Fremont, California and i was eligible. I mentioned to Fords marketing call center that it was deceptive advertising and switch and bait to offer the promotion, to the general public and then not give the $1000 because of a dealer region (disqualification) or other limiting rules. It’s bad enough that I have to contend with the sleezy sales tactics and price gouging at (almost) all dealerships, not just Ford. Ford Marketing still owes me $75 for a promotion on a test drive Ranger during the 2019 LA Car Show they never honored and paid out. I got tired of calling them and asking about it?

I ended up ordering the vehicle on 10/4 from a San Francisco Ford dealer 335 miles away, based on the dealership’s positive reviews and honesty. So the question still lies with Ford Motor Co, does the registration zip code negate my rebate? 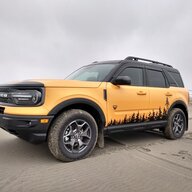 They're sleazy, negotiate in bad faith, bait and switch, price gouging, deceptive, welchers and you still bought from them? Oh boy.
OP
OP

Glamdring70 said:
They're sleazy, negotiate in bad faith, bait and switch, price gouging, deceptive, welchers and you still bought from them? Oh boy.
Click to expand...